This project was made while visiting Yamatji country,
and the lands of the Amangu people.
Their Sovereignty should be honoured.
Always Was, Always Will Be.

Taskforce Babylon
a small unit of special forces soldiers tasked
with denying the enemy use of their mech suits.
Alone in enemy territory for 5 hard months.
Their success came at a heavy cost.
Only 3 fireteams remain.

Now they face one more daring raid,
against the infamous Black Sky Garrison.
Home to the enemies most gifted pilots,
and their next gen mech suits.

Babylon must destroy Black Sky at all cost.

Sprinty Award winning game, BSFB was described by the judges as:

What Kind Of Game Is This?

Black Skies For Babylon is an asymmetrical co-op combat tragedy.
A new entry in my series of games exploring mech fiction.
This time the focus is on Taskforce Babylon.
Spec Ops soldiers infiltrating an enemy mech base to destroy their advanced prototype machines,
before they can be deployed.
1 person plays the Garrison defending the mechs, the others play 1 of 3 fireteams there to destroy them.
It's rules are simple, open-ended, and easy to learn.

This game uses dice pools of d6s, map drawing, and collaboration to tell a tragic story.
It explores themes of War, Death, Sacrifice, and the Cost of Victory.

BSFB is formatted to fit a trifold brochure,
as such the order of pages might look odd in the pdf reader. 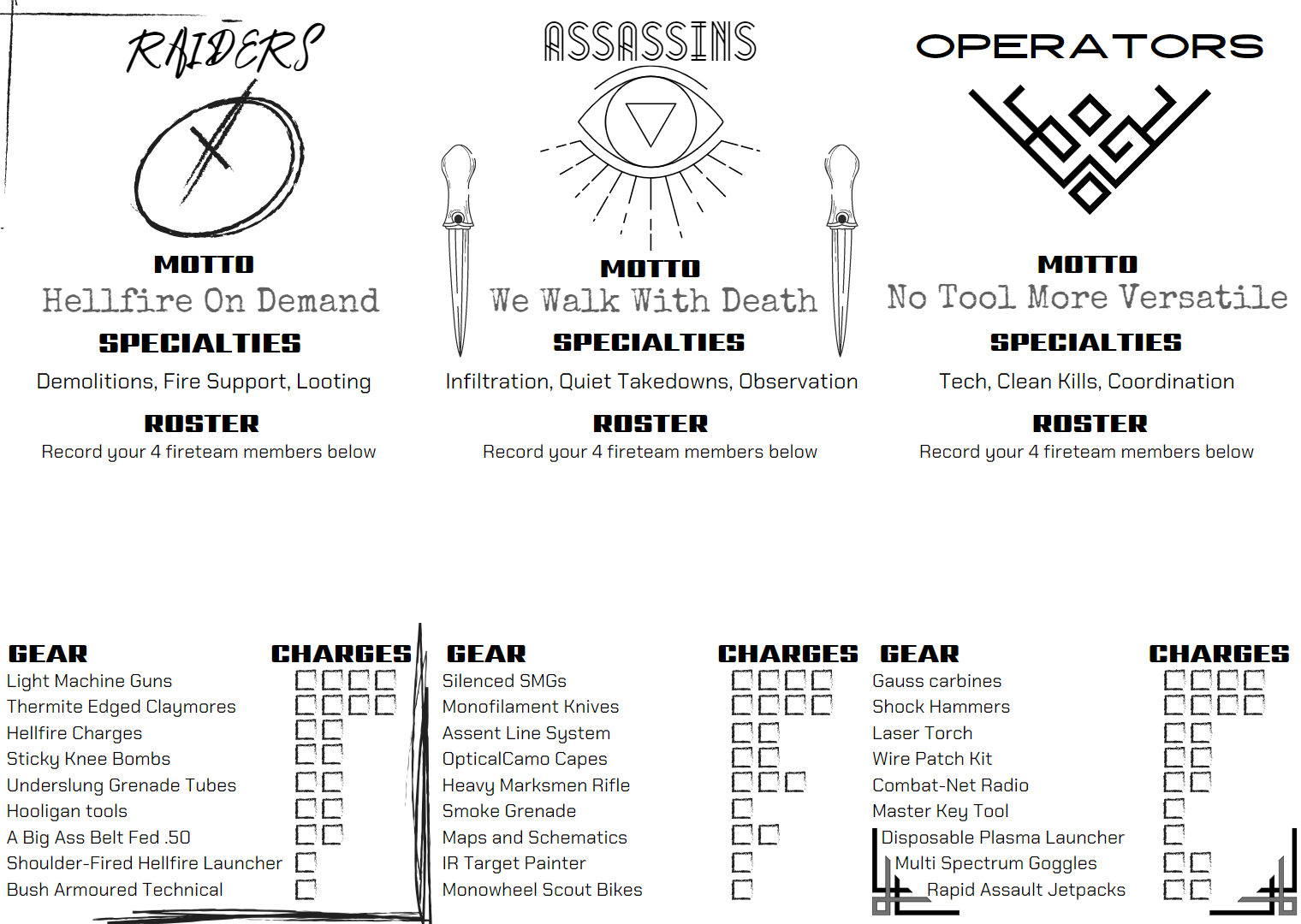 If you would like to hack this game or make a new fireteam for it
I give you my blessing as long as you acknowledge the original creator (me)
Also No Fascists, No TERFS, No Libertarians.

In order to download this game you must purchase it at or above the minimum price of $8.99 USD. You will get access to the following files:

Support this game at or above a special price point to receive something exclusive.

Everytime someone buys BSFB at full price, we unlock a community copy for those in need.
If you are someone that can't afford BSFB, please claim one of the community copies for free access.

I grew up poor, and lived in poverty for most of my 20's. Those without money still deserve access to art.

You play as three fireteams attempting to kill a bunch of ace mech pilots outside of their suits. The GM plays the mech pilots, their defenses, the soldiers who rush in to support them, etc, and it all gets very bloody.

Black Skies has a very tight layout, three great character sheets, and all the information in it is compact and easy to use.

At the same time, it's extremely loose mechanically. You roll d6s at a difficulty set by the GM, and failure is strongly implied to mean the death of one of your squad members. The GM doesn't have predefined resources, so you're not ticking off objective boxes on your sheets---instead you're ticking off resources as you use them, pushing closer to death as you go.

The GM decides when the game is done, and if the players won.

The players show what that costs.

Overall, I think this is a solid, compelling game. It's got just enough rules to give you a little structure, but it might almost be easier to disregard them and play Polaris style---you can always succeed, but it always costs you.

If you're a fan of geopolitical mech action dramas, or military SF, this is definitely worth a look. The writing's strong, the tone's quite hard, and it's very easy to get immersed in.

I will admit, the dice rolling is mostly there because the act of rolling a first full of dice is fun. But it also introduces the slight possibility of failure.

It definitely works with the rolls too! I just dawned on me while reading it that the game could be run diceless.

I was thinking about that the other day while reading Sidney's Twitter thread about 3 Question Matrix, wargames, and OSR. 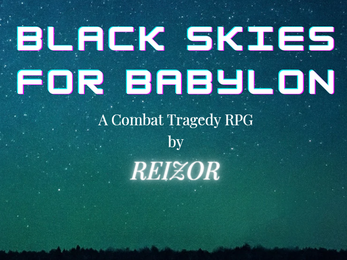